ABOUT
In a Marivaux-style intrigue, the multiple disguises present throughout La Cenerentola are used to reveal the true essence of beings. Indeed, it is the only thing that remains from Perrault’s tale, after an overwhelming jumble of disguise upon disguise: the Prince loves Cenerentola for what she is, rather than for what she seems to be. This production is stripped of all supernatural aspects, but not of the magic – the disguises are at the heart of the message. We do not play on the psychoanalytic aspects of the book. On the contrary, we make light of these disguises, playing up a Marivaux state of mind, recognising them as so many ways of displaying, lying, but especially revealing the ridicule in every one of us.
One sole object features on stage: a gigantic wooden light-coloured crate, at the centre of the stage. The characters use it as a giant walk-in wardrobe, picking their costumes and props out of it. The very poetry of the theatre, the acting coming into being, is on display. 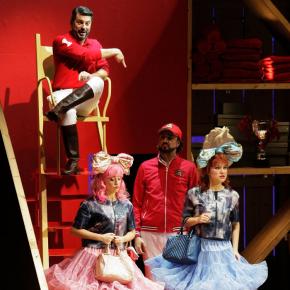 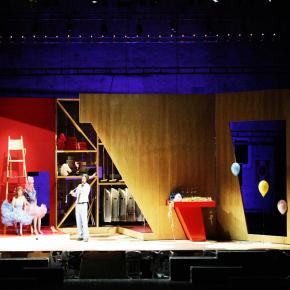 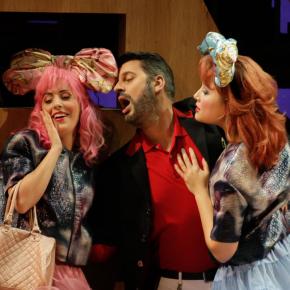 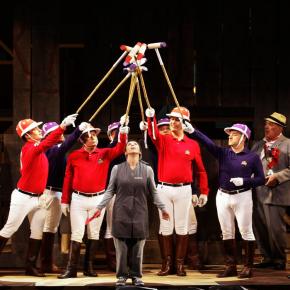 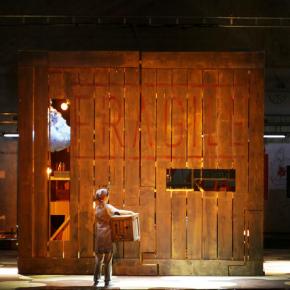 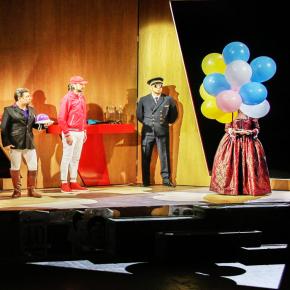 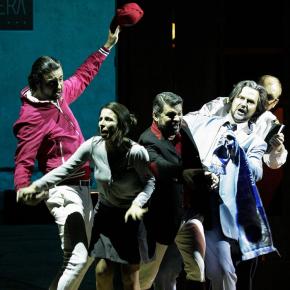 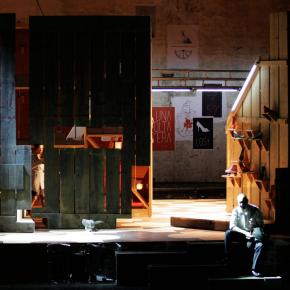 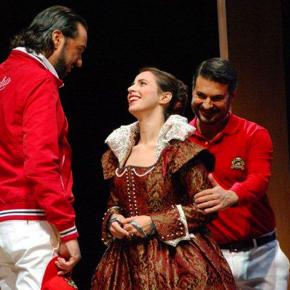