The Tales of Hoffmann

« A poet, a dreamer… whose stories are as bad as are his music and his art !
Could this be what she needs ? »
Les Contes d’Hoffmann, Act I

ABOUT
Why do we need poetry, now more than ever? That is the question the poet Hoffmann will face throughout this politically charged production of Offenbach’s well-known classic.
Present-day Germany. The poet-composer Hoffmann is honored with a prestigious poetry award. But, on the day of the award ceremony, he is violently shot by the local politician Lindorf, a man with whom he has had a long and contentious relationship.
The flashbacks associated with Olympia, Antonia and Giulietta all take place in Hoffmann’s subconscious while he is dying. This near-death juncture allows him to review and affirm his unbroken fight for beauty and poetry, opposite hostile political powers, embodied by the successive incarnations of politicians like Lindorf, who finally manages to extinguish the poet.
Federico García Lorca, Pier Paolo Pasolini; but also Friedrich Hölderlin and Bob Dylan. These writers all inspire this operatic exploration of the political role of poetry. The well-known pages of the opera are interspersed with literary passages dealing with the conflicting relationship between poetry and politics. The power of words is at stake, as well as the power of music.
And, because the live arts are nothing without an audience, this production challenges the spectators not only in the hall, but also in the lobby and foyers of the theatre, thanks to a site-specific graphics installation themed on the need for poetry in our frantic daily lives. 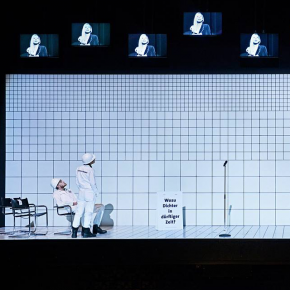 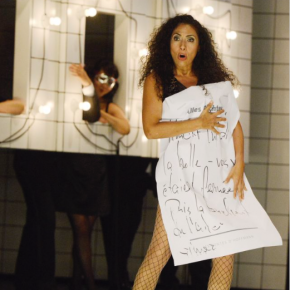 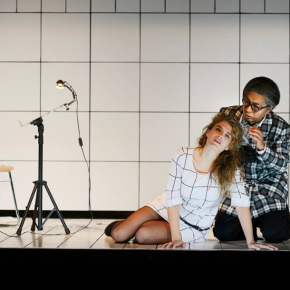 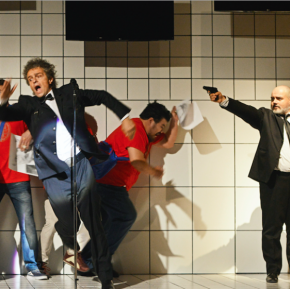 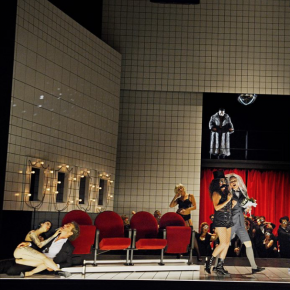 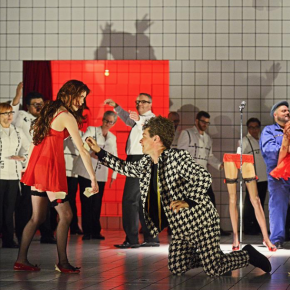 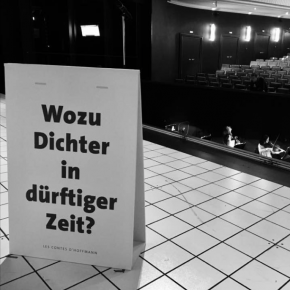 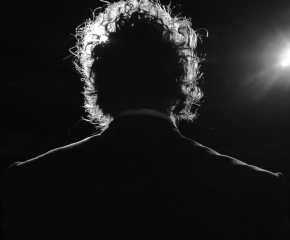 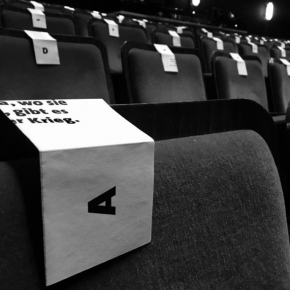