« Let us not yield to the Capitol, we must resist that pride which still cannot curb itself ».
Mitridate, Act 3, Scene 25.

ABOUT
Today, somewhere in Brussels, inside a building of the European institutions. A rebel politician disputes the recent evolutions of the European Union. During a 24h intense crisis summit, individual relationships and family conflicts influence real political events, and vice versa. Playing with the archetypal codes of French tragedy and Opera seria, some politicians decide to support Mitridate in his rebellion, while others fear the dissolution of the Union. Constantly scrutinized by the media, the political climate gets more and more unstable… so that the leader of Pontus has no other choice than to stage his political death. As the production unfolds, Mozart’s music inspires both the private and the political, while inviting us to reflect on the current crisis of the European Union. 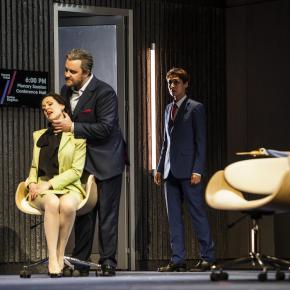 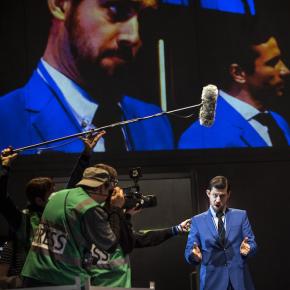 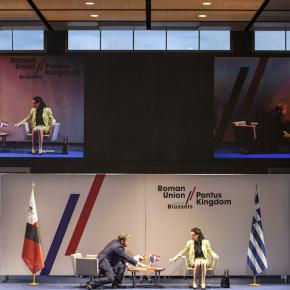 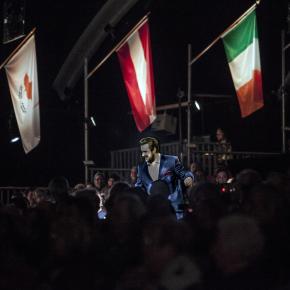 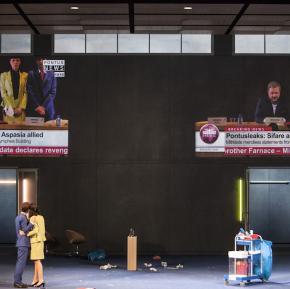 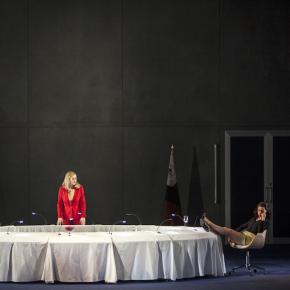 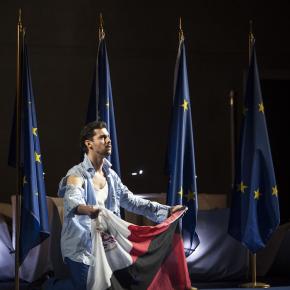 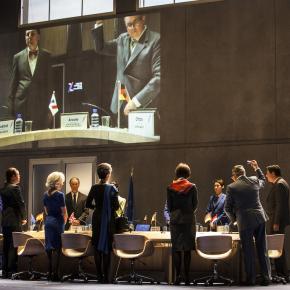 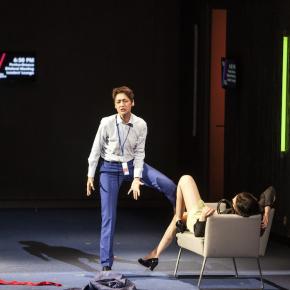